Scenario: Joe Biden sworn in as new US president, Trump in isolation therapy 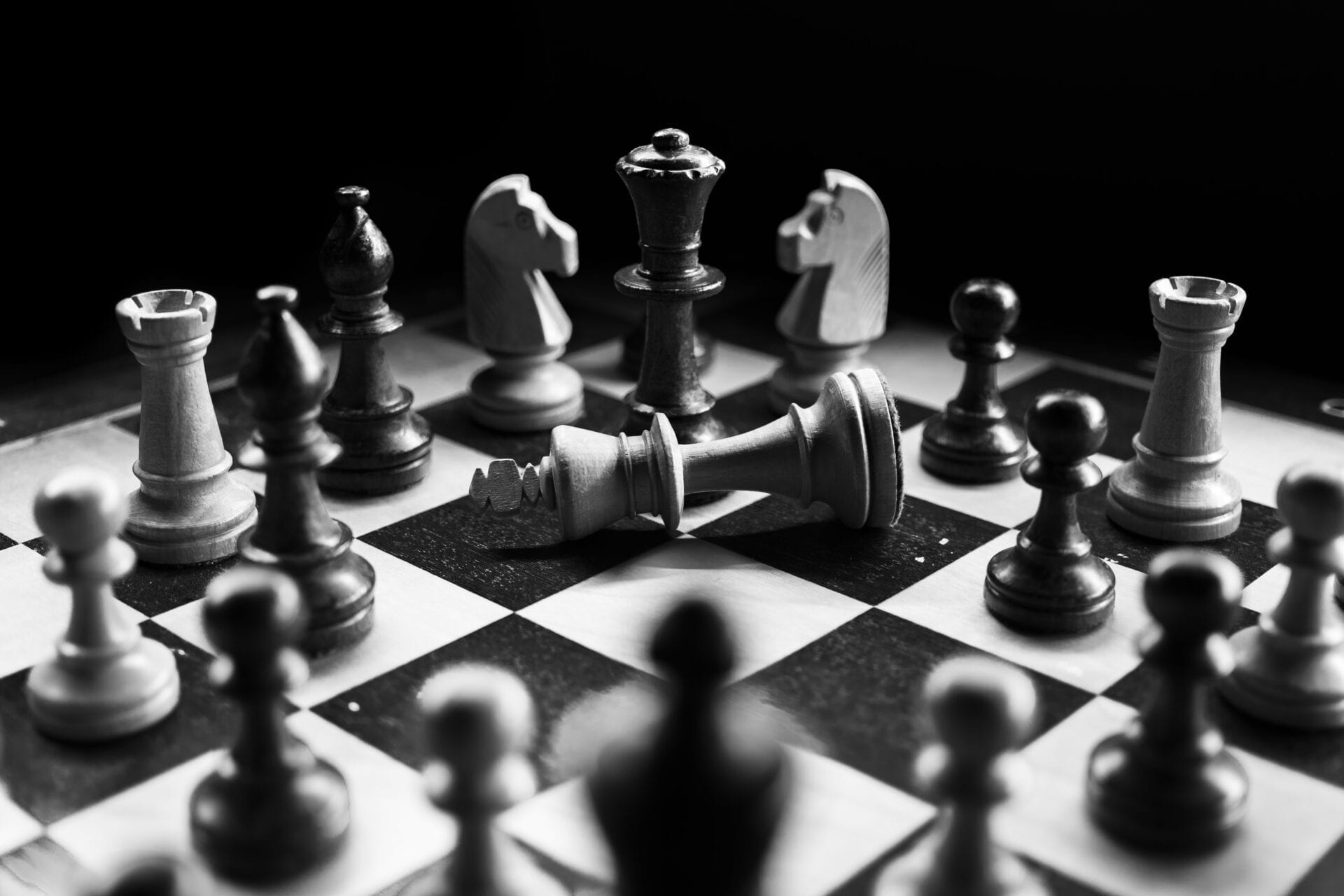 Finally: Joe Biden took the oath of office today before the Supreme Court in Washington, D. C., succeeding Donald Trump as the 46th President of the United States of America. As expected, Trump did not attend the festivities, as he was ordered by his medical officer to be isolated and thus moved to his own Trump International Hotel, where he is cared for by a team of psychotherapists. He suffered a nervous breakdown at the turn of the year as a result of the separation from his wife Melania Trump, which was a publicity scandal. As a result, he ended his resistance to the official election results of early November, thus initiating the calming of the civil war-like conditions in large parts of the country.

With the swearing-in of the new US President Joe Biden, a new political world age begins. Biden is facing a national debris heap and polarized political camps, but the security situation seems to be under control. The whole world is now looking to the hope of an entire generation, which is facing unprecedented challenges. We spoke about this exclusively with Germany’s Federal Foreign Minister Heiko Maas.

Mr. Maas, how do you assess the current situation in the USA?

First of all, I would like to stress that we have breathed a sigh of relief in the cabinet in view of the restored order. Behind us, especially in the State Department and diplomatic institutions, lie weeks of hard work that often resembled a tightrope walk. As Germans and allies of the United States, we were naturally caught between the chairs, and the factual situation of the election results had to be constantly reassessed, especially in the first days after the final election day. Donald Trump and his outgoing administration were not much help in this. Of course, it is not our job to take sides for one of the candidates, but when a national state of emergency was declared and the military was deployed in almost all states to violently end peaceful protests by the citizens, we could no longer stand idly by. Fortunately, the majority of the international community shared our assessment.

What did you think when parts of the military resisted the orders of their outgoing Commander-in-Chief Trump?

Frankly, we collectively held our breath at one of the many crisis meetings. All the signs were pointing to escalation, images like this we normally only know from crisis areas. Our best analysts agreed that the probability of civil war was immense, so we felt compelled to intervene. After all, the OSCE and OAS election observers, who against all odds kept an eye on the situation on the ground in November, feared for their lives. The powder keg of national armed forces, dissidents, citizen militias and terrorist groups from outside the country threatened to explode. Much was at stake, also for the rest of the international community.

How did you finally get Trump and his alliance to give in?

Basically, we used the classic tactics of negotiation in crisis situations such as hostage-taking. Our special units are trained to negotiate with threatening parties and to pursue their goal even under the greatest stress, namely to resolve the overall situation as peacefully as possible. After all, this was a matter of world peace, after Trump even mentioned on Twitter the use of nuclear weapons in his own country as an option against protesters and renegade metropolitan regions. So potentially the lives of many millions of people and the geopolitical security situation were at stake. For us it was clear that only an ultimatum and immense diplomatic pressure would help. This included extensive economic sanctions against Trump personally.

Not an easy job! You’ve already mentioned Twitter, the social media service served Donald Trump throughout his term of office as an important resonance chamber for his often rather unpresidential statements. What do you think about the developments in social networks over the last few months and their role in resolving the conflicts?

In the past, the Twitter news service was often used by groups with extreme opinions, but even before the presidential election, more and more hurdles were built in to make it difficult to disseminate alternative facts. Facebook, still the most popular platform, also had to bow to public pressure and take much harsher action against conspiracy theorists than before. With the beginning of the new year, all major platforms now use AI-based software to identify such statements and warn users of dangerous content – certainly not voluntarily, but because they simply have to. After all, a growing number of people have now realized that the Covid19 pandemic is real and that Trump has knowingly put many lives at risk to pursue his political and, above all, economic interests. This concession has given a significant boost to the economy both in the United States and worldwide, since with combined forces, much more effective measures could be taken to combat the pandemic on the one hand and to pursue public life in a regulated manner on the other. This was the only way to ensure that the spread of the virus remained moderate – at the end of November the situation was quite different.

What other effects do you expect from the incoming calm?

First of all, I must express my greatest respect to Joe Biden. He and his administration have dealt calmly with all the developments of the last few months, which is not exactly something you can say about the outgoing president. They have used all means of the rule of law, have not let themselves be intimidated by the polemical attacks, and have come through this mud-wrestling with dignity. But now it is time to look ahead. Biden and his cabinet must moderate the political trench warfare in the House of Representatives and the Senate, while at the same time addressing important and urgent challenges.

The general health situation in the United States of America is desolate, and the pandemic has caused deep rifts here – both directly and figuratively. There is a good chance that binding, solidarity-based health insurance based on the European model can now finally be put in place. In this context, economic security and incentive systems are also being discussed, especially for the weakened civilian population.

Domestically, after repeated criticism of the electoral and party system, the votes of both major parties are being used to strive for a reform of the electoral law that would indeed be unprecedented. What is still being disputed is the splitting of the federal United States into several sovereign states, which would reflect the cultural and political division. At the same time, it is hoped that this would bring economic gains while at the same time improving efficiency in terms of the speed of the decision-making process.

The marked decline in emigration from the United States seems to be a first indicator that U.S. citizens* are once again feeling more secure and comfortable than in the past four years. Joe Biden, as a bearer of hope, is almost comparable to his former boss Barack Obama. The expectations of a divided nation weigh on his shoulders.

For the traditional inaugural visits to other heads of state and government there is currently neither time nor space on the list of priorities. Of course there are short telephone calls and video conferences, but there are too many places on the international scene to be left alone with representative and formal gestures. First, Biden will have to deal with the diplomatic crises with Russia, China and Iran. All three have demonstrably manipulated the US election, stole data from US citizens* and thus violated the fundamental rights of a sovereign nation. Unfortunately, we still lack the legal means to take action on a global level, but the instruments of diplomacy are sufficient for the time being. Biden has already hinted that – unlike his predecessor – he is less interested in conflict than in cooperation.

What topics do you think Biden will address afterwards? What does he do differently from Trump?

There are a number of global questions that are bigger than vanities. The effects of climate change are now regularly felt in the industrialized nations as well. The continuous reports of methane gas leaks in Siberia, earthquakes and forest fires on all continents and the rapid rise in sea level can only be tackled together. We in the German government are therefore pleased to see that Joe Biden has not only pushed for re-entry into the Paris Climate Convention, but has even proposed tightening it up and introducing binding regulations. Our greatest enemies in these times are not other nations, but viruses and – with regard to climate change – the wrong decisions of past generations. We can only correct them together.

These are many important tasks for a new president. What do you and Joe Biden wish for the first 100 days, also in view of the imminent end of the Merkel era?

Traditionally, the 100-day period is granted to every new president to receive an initial assessment from the media and the opposition. In this case I would increase it to 118 days, because that is when the World Economic Forum in Lucerne begins. The heads of state and government as well as representatives of companies and NGOs* are eagerly awaiting the moment when the most powerful man in the world will report for the first time on the progress of his government. I hope for all of us that the harbingers of good news will be confirmed. This includes a rapid spread of the U.S. vaccine against Covid-19 to all parts of the world, progress in the peaceful resolution of the crises and conflicts mentioned above, and finally participation in the global Green New Deal and the retraining revolution.

Angela Merkel and her cabinet stand united behind Joe Biden. We look forward to a productive, cooperative and prosperous collaboration. The focus of the transatlantic relationship is now on cleaning up recent geopolitical and diplomatic crises and setting the course for the future.

Mr. Maas, thank you for the interview!

DISCLAIMER
You just read a fictitious scenario for the period after the US presidential election after November 3, 2020 until January 20, 2021, which was created in October 2020, i.e. before the final election day, using the scenario technique of scientific futurology and written in the days before the actual election. It is not a real treatise, but a freely invented scenario as a fictitious interview, which is however based on a detailed qualitative and quantitative research as well as application of the software Parmenides EIDOS. You can learn more about how the method works here.

Photo by Felix Mittermeier on Unsplash

All stories by: Kai Gondlach

This site uses Akismet to reduce spam. Learn how your comment data is processed.